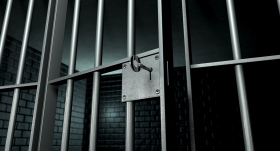 The Miami criminal attorneys at Donet, McMillan & Trontz, P.A. have represented clients, including citizens and immigrants, for various immigration law violations. If you or a loved one has been arrested by Immigration and Customs Enforcement (ICE), it is imperative to contact a lawyer with experience not only in immigration matters, but also in the federal criminal justice system. Because immigration laws are charged in federal court, individuals arrested for such an offense should seek out an criminal lawyer experienced in defending these types of cases in federal court.

There are multiple of federal statutes that deal with immigration law violations. Federal offenses for immigration law violations are as follows: United States citizens that have been found guilty of violating immigration laws are subject to incarceration and fines. Illegal aliens or immigrants found guilty of violating immigration laws are subject to incarceration and deportation. Employers that can also be charged in federal court under the Illegal Immigration Reform and Immigrant Responsibility Act. Employers are required under the Act to verify the identity and authorization to work of all employees. Employers that hire illegal aliens are in violation of the immigration laws and can be sentenced to prison and be forced to pay substantial fines. ICE & HSI U.S. Immigration and Customs Enforcement (ICE) operates as a federal law enforcement agency that is part of United States Department of Homeland Security (DHS). ICE is broken down into two departments. ERO's responsibilities include the enforcement of the federal immigration laws by identifying, arresting and removing aliens that have violated U.S. immigration laws. The most common types of cases investigated by ERO is the illegal re-entry by aliens that have previously been deported. ERO agents are assigned the task of locating, apprehending and removing aliens that have absconded during the deportation process or locating aliens in jails that are removable due to their criminal record. SPEAK WITH A DEFENSE LAWYER AT DONET, MCMILLAN & TRONTZ, P.A. To speak with an experienced Miami federal criminal attorney at DMT about your federal case, or if you have questions regarding a matter involving a federal immigration law violation, please contact DMT to schedule a free consultation. You can call our office at (305) 444-0030 or reach us by completing the form on our contact page or by sending an e-mail.