DMT Featured on A&E: A Life-Altering Road Rage Case and a Stand Your Ground Defense

9.46k
Facebook Twitter LinkedIn Google+ Pinterest WhatsApp Email Copy Link Your browser does not support automatic copying, please select and copy the link in the text box, then paste it where you need it. 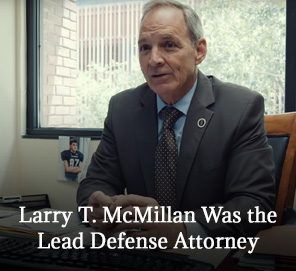 DMT was featured on A&E's "Accused: Guilty or Innocent" show. This time, Larry T. McMillan was the Lead Defense Attorney, assisted by David A. Donet, Jr., on a road rage case involving their client Stephen Tripp.

And the fact is, most drivers in the U.S. will have, at some point, an experience on the road with dangerous or aggressive drivers.

A 2016 study published by the AAA Foundation for Traffic Safety claimed that 78% of drivers in the last year had committed at least one aggressive driving behavior. Those common acts of road rage were tailgating, yelling and honking.

For the past seven years, road rage incidents accounted for 218 murders and resulted in 12,610 injuries in the U.S. So how are those stats broken down in the state of Florida?

A growing population has placed a demand on Florida's infrastructure with the constant construction on the streets and highways, causing stressful traffic and delays, etc.

This has correlated to a noticeable increase in the number of individuals arrested and charged with some form of road rage in our South Florida criminal courts.

Perhaps this is the reason why "The Sunshine State actually leads the nation in gun-involved road rage incidents, with a reported 146 incidents" from 2014 to 2016, according to I Drive Safely.

In Miami, the most common form of road rage is the incessant honking of the horn that can be heard on every street, especially during rush hour traffic. Horn honking is annoying, but not a crime.

However, when road rage incidents escalate and turn violent or threatening, it leads to an arrest, charges filed, and opens up the possibility of incarceration. 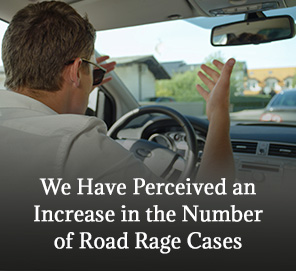 And we, as Miami-Dade criminal defense attorneys, have perceived an increase in the number of road rage cases that leads to people needing legal representation.

Over the years, DMT's attorneys have represented dozens of individuals charged in Miami-Dade and Broward counties with some form of road rage.

And, in Hallandale Beach Boulevard, Stephen Tripp saw his life turned upside down because of it.

Stephen is not an aggressive person, and after being chased by two bikers for over a mile, he was starting to get really scared. They kept trying to corral or cut him off, and he was trying to elude or evade them.

However, when our client approached a stop at a traffic light in Hallandale Beach Boulevard, he could no longer evade the bikers. One of them got off his bike, and our client heard a loud bang on the driver's side.

Scared, he reached out for his gun, and then the biker violently opened the door of his truck. Stephen instinctively fired two shots. They struck Mr. Indelicato, the victim, which resulted in severe injuries and permanent disability.

Consequently, Mr. Tripp was charged with attempted murder in the first degree, which is punishable by life imprisonment. 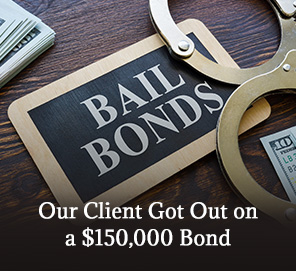 Looking at the charges and everything that happened to the victim, he was viewed like someone who tries to hurt people or wants to hurt people. Whereas, he was merely reacting to the situation he was in.

Things took a more dramatic turn while our client was waiting to be trialed. He was diagnosed with a very aggressive form of cancer and was given less than 12 months to live.

With an illness advancing even more quickly than doctors initially predicted, Stephen feared he would not live to see his name cleared every day that went by.

But, Mr. McMillan and Mr. Donet were devoted to helping Stephen clear his name as quickly as possible and sprang into action.

The "stand your ground law" allows a defendant that was engaged in lawful activity and attacked in a place where he or she had a legal right to be, to defend himself or herself with no duty to retreat and meet force with force.

A person is allowed to stand their ground only if he or she believes that this course of action was necessary to prevent death or great bodily harm or to prevent the commission of a forcible felony.

Mr. McMillan had enough information on the case to feel confident that they could win. He prepared and filed a "stand your ground" motion. This is a motion to dismiss the case. If they succeeded in establishing self-defense, then Stephen was entitled to immunity.

However, there were strong testimonies against our client that constituted very real roadblocks to establish self-defense in this case.

The Roadblocks and How Our Experienced Attorneys Overcame Them

During the three-day "stand your ground" hearing with the judge, the prosecution presented two strong testimonies that were detrimental to our client's claim.

The first was a woman and her husband who said they were within ten feet of the scene. She said she had an unobstructed view and saw how our client shot the victim once in the arm. Then, one more time when the victim was on the ground. They claimed our client fired that second shot to the stomach.

Mr. McMillan and Mr. Donet constructed a miniature scale model of the incident to determine if the woman could have witnessed what she said she saw. Using surveillance footage, they proved that the couples' car arrived at the scene over two seconds after the motorcyclist had stepped down from his bike and approached the truck. 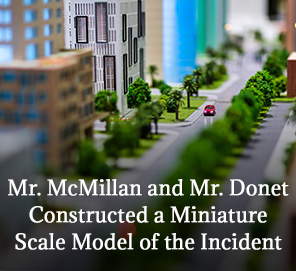 Furthermore, when they did arrive at the scene, their car was four places behind Stephen's and in the middle lane, while our client's truck was on the far left lane.

It became obvious that the woman could not have seen what she sayid she saw. And that's how Mr. McMillan and Mr. Donet were able to surmount that first roadblock.

The prosecution had submitted very graphic images of Mr. Indelicato's injuries, showing that one of the bullets had ricocheted with the bone to cause extensive internal bleeding and gangrene. Consequently, the victim's left leg and part of his right foot had to be amputated.

When evidence like this is presented, people look twice at the events. Furthermore, Mr. Indelicato denied acting aggressively or opening the door to our client's truck.

However, Mr. McMillan and Mr. Donet had received CCTV footage recorded from a nearby store that showed the incident more clearly. Still, since it was in black and white and appeared grainy, it was not completely conclusive in showing Mr. Indelicato reaching for the handle of our client's truck.

But, our attorneys were confident Mr. Indelicato had opened the truck door violently since they had recreated the incident with Stephen before the hearing. They found out that the only way the door could be opened as quickly and then fling back to the closed position (like it was shown on the video footage) was if it had been opened violently from the outside.

Confident in this fact, our attorneys had to resort to a different strategy to help our client. This alternative strategy was to attack and undermine the credibility of Mr. Indelicato.

During the cross-examination of the witness, Mr. McMillan was able to undermine the credibility of Mr. Indelicato, showing that the victim was someone who had been convicted of four felonies and who had participated in illegal races on the highway fully knowing that it was a crime.

All of this contradicted Mr. Indelicato's initial responses during that same cross-examination. He claimed he believed himself to be a safe driver and at first said he was convicted of three felonies, not four.

With this cross-examination, Mr. McMillan was able to undermine the credibility of the victim and overcome the last roadblock.

Nevertheless, our lawyers wanted to establish further why Stephen felt his life was being threatened to justify self-defense. This is why they analyzed and presented an incident from 1994 when Stephen and his now ex-wife were held up at gunpoint in their car by armed robbers.

One of the armed robbers approached Stephen much like Mr. Indelicato had and shot him twice during that incident. Showing the similarities between the two events helped justify Stephen's behavior and why he believed he was in danger.

So, after months of hard work and three days of hearings, what was the verdict?

Guilty or Not Guilty? The Verdict

Mr. McMillan and Mr. Donet excelled in handling this case. And it wasn't easy for our client who had to wait for the verdict was not easy, especially in his condition.

However, after seven weeks, Mr. McMillan received great news. Our client had been granted immunity and dismissal. You can personally see Mr. McMillan calling Stephen and giving him the good news in the video.

If you or a loved one have been involved in a road rage incident that escalated to involve criminal charges, then it's vital that you retain the representation of a criminal defense attorney as soon as possible.

All viable defenses tend to be time-sensitive in these types of cases.

Don't delay to have one of our highly experienced Miami Criminal defense attorneys handle your case. Call us at (305) 444-0030; we are available 24/7 to provide the defense you need to fight your charges and defend your rights.
Categories: Criminal Defense
9.46k
Facebook Twitter LinkedIn Google+ Pinterest WhatsApp Email Copy Link Your browser does not support automatic copying, please select and copy the link in the text box, then paste it where you need it.
Don't Miss These Other Must Read Articles