Girlfriend Admits to Police that She Beat Up Former NFL Star. What Could Happen to Her in Florida Court?

1.03k
Facebook Twitter LinkedIn Google+ Pinterest WhatsApp Email Copy Link Your browser does not support automatic copying, please select and copy the link in the text box, then paste it where you need it. 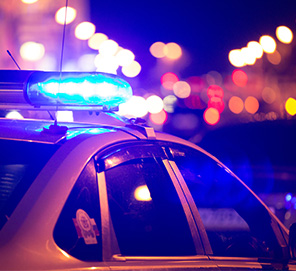 According to Local10.com, police arrived at Lawrence Taylor's house, where he and his girlfriend were having a fight. He had a 3-inch laceration on the back of his head, which the girlfriend admitted that she had caused by throwing an object at him. When the police attempted to arrest her, she pulled away and allegedly attempted to hit one of the police officers. Also, she interrupted the officers as they tried to mirandize her. When appearing in court, she told the judge that she had not hit Taylor.

This case raises several questions to those outside the legal field. Will she go to jail? What kind of treatment should she expect? Will her admissions of guilt get her in trouble? Ultimately, how far will the state go to prosecute her?

What Are the Charges?

Taylor's girlfriend, henceforth the defendant, is charged with one count of simple battery under Florida Statute 784.03. Simple Battery is a misdemeanor in the first degree, which is punishable up to a year in the county jail. However, this charge could be raised depending on the size of the object that stuck Taylor. If the State believes the defendant used what can be considered a deadly weapon, the charges could be increased to Aggravated Battery under Florida Statute 784.045. This is a very scary prospective charge  Aggravated Battery is a felony in the second degree, which is punishable up to 15 years in prison.

Because this is a domestic violence case, the presiding judge issued a stay away order, which means the defendant cannot have contact in person, email, text or by third party with the victim, Lawrence Taylor.

In addition to the domestic violence incident potentially landing her a felony and 15 years of prison time, she is looking at some potential problems as a result of her alleged behavior after the police arrived. She is also charged with Resisting an Officer Without Violence under Florida Statute 843.02, which is another misdemeanor in the first degree, punishable up to 364 days in the county jail. The police alleged that she tensed up her body, pulled away from officers, and tried to strike the officer. If the defendant had actually struck the officers, they could have charged her with Resisting an Officer with Violence under Florida Statue 843.01. This is a third degree felony, and punishable up to five years in prison.

Ultimately, if she did not have the right representation, and the state and victim decide to press charges, she could have been looking at as much as 15 years in prison, plus 1 year in county jail, for the felony and misdemeanor. This is pretty unlikely however  with poor representation, it's more likely that she would spend 1 year in jail for the resisting charge, which is still more time than most would want to spend in jail.

The Pieces of the Puzzle

Would she actually get a charge this steep? In her case, it seems unlikely that the state would increase the charge to Aggravated Battery based on a three-inch laceration and Taylor's intention not to cooperate with the prosecution. However, the State still has the ability to prosecute even without the victim's support.

What Can the State Prosecute?

If Taylor does not cooperate, the battery charged will eventually be dismissed by the state. Although the defendant made several admissions to her guilt, which are admissible at trial, the state will need Taylor to testify that the contact was not consensual. Plus, the state really does not like to try cases when there is no victim present to testify.

The more difficult charge to overcome is the Resisting Arrest, as that count can be proven without Taylor's testimony based on the testimony of the police officers.

If I were defending against this charge, I would want to know the size of the victim and how many cops were present when she was arrested. We would argue that police were overzealous in making the arrest.

The Stay Away Order

What's The Ideal Outcome for a Case Like This?

Don't beat up your spouse or significant other. If the police are called, someone will go to jail. The police are protecting themselves because if they leave, and one of parties kills the other, the media will jump all over the case and cause problems for the investigating officers.

Also, all the comments (admissions) made by the defendant are admissible in court. Although they are out of court statements, they can be brought up in trial as they are an exception to the hearsay rule. Always keep your mouth shut. Nothing you say is going to help you, it is only going to help the state prosecute you.

The Miami criminal layers at DMT have handled hundreds of domestic cases from misdemeanors and felonies. We get most of the cases dismissed, but have also won several domestic violence cases at trial. DMT also handles domestic violence injunctions which the victims sometimes file in conjunction with the criminal cases. Injunction cases are civil in nature without a jury, but the evidence presented is generally the same as in the criminal case.

Categories: Domestic Violence
1.03k
Facebook Twitter LinkedIn Google+ Pinterest WhatsApp Email Copy Link Your browser does not support automatic copying, please select and copy the link in the text box, then paste it where you need it.
Don't Miss These Other Must Read Articles