Handling Felony and Misdemeanor Drug Charges: What Can We Learn from this Dolphins Player's Arrest?

859
Facebook Twitter LinkedIn Google+ Pinterest WhatsApp Email Copy Link Your browser does not support automatic copying, please select and copy the link in the text box, then paste it where you need it. 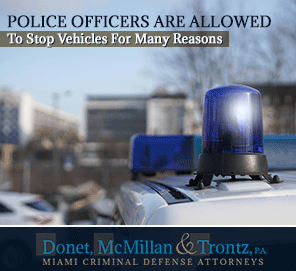 If you had Leon Orr on your fantasy roster, you're probably looking for a replacement. In case you didn't read about it, the former Dolphins player was arrested for two drug charges: possession of marijuana and possession of a controlled substance, in Collier County. One of these is a misdemeanor charge, and the other is a felony charge. Why did Orr get two charges, what happened, and how can someone in this situation come out on top? The Experienced Miami drug crime lawyers at Donet, McMillan & Trontz will lay out the strategy for you below  and like some of the running plays the Dolphins have called for this season, it takes experience to execute properly.

Your fantasy football rules may or may not make it easy to replace a defensive tackle. While the Dolphins are seated #2 in the AFC East right now with a surprising 9-5 win-loss record, replacing Orr isn't too much of a problem for them. Nevertheless, how can someone in his position turn a tough situation like this one into a win? Well, first let's dive into the arrest and learn exactly what someone in his situation may face in court.

What Caused the Arrest?

Orr was driving a black BMW during the afternoon on I-75 near Collier Boulevard. He was then pulled over for having what appeared to be illegal tints. The deputies who pulled him over said they smelled marijuana. This gave them probably cause to arrest Orr. Once they searched the vehicle, they discovered a small amount of marijuana, and some quantity of an unnamed controlled substance.

Police officers are allowed to stop vehicles for many reasons, and usually these are traffic infractions. Citation offenses like illegally tinted windows, no seat belt, expired tags, and broken or defective tail lights also allow police to pull over your vehicle and ask you for your license, registration, and proof of insurance. At this point, if they smell something or see something in plain view, they can make and arrest and perform a search of your vehicle while you are in custody  and while you are in custody, you can believe they will search it from top to bottom.

What Were the Charges? 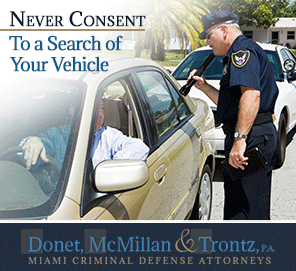 If you are found with less than 20 grams of marijuana, you will most likely face a simple possession charge, which is a misdemeanor. If you have no record, and you have an experienced attorney, you may only face a pre-trial diversion program as punishment. However, if you are also found with a controlled substance, such as heavy drugs or prescription medication that is not yours, you could be facing a felony charge and may face prison time. Orr is facing a misdemeanor  simple possession for the marijuana  and a felony charge for the controlled substance.

If the drugs are packaged a certain way, or found with a large sum of money, you could even be facing trafficking charges, which would most certainly result in time in prison. We have extensive experience in cases like this, and our strategy can help a client get trafficking charges reduced or dismissed, but it must be implemented quickly to be successful.

What Strategy Is Best When Facing Drug-Related Charges?

We have handled hundreds of cases like this one. Our team of criminal defense attorneys has a plan of action for clients who are arrested on drug charges.
A Note about Driving and Arrests

Transporting anything illegal in your vehicle is very dangerous. Anyone can be pulled over by a police officer at any time, and once you are, you may be in a very tough situation. If you find yourself pulled over with illegal substances in your car, there are four simple rules to follow:
Always be polite, but do not cooperate with the police. If you or someone you know is facing possession, possession with intent, or trafficking charges, contact Donet, McMillan & Trontz at (305) 444-0030 for experienced representation.
Categories: Felonies, Misdemeanors
859
Facebook Twitter LinkedIn Google+ Pinterest WhatsApp Email Copy Link Your browser does not support automatic copying, please select and copy the link in the text box, then paste it where you need it.
Don't Miss These Other Must Read Articles