1.17k
Facebook Twitter LinkedIn Google+ Pinterest WhatsApp Email Copy Link Your browser does not support automatic copying, please select and copy the link in the text box, then paste it where you need it. 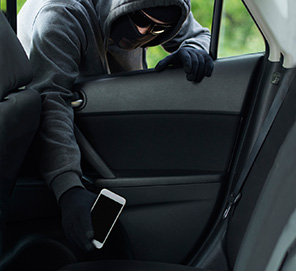 Recently, we dealt with an interesting case in Miami-Dade County, Florida. The Felony case was held in Circuit Court, and the case itself arose from a complaint of a cell phone being stolen from a parked car. The owner of the stolen phone contacted Miami-Dade Police department and advised that the "Find My iPhone" application was generating a signal in the City of Hialeah. Miami-Dade Police responded to Hialeah and enlisted the assistance of the Hialeah PD in locating the phone. A Hialeah police officer came into contact with our client in the area where the stolen cell phone was pinging its location.

According to the Hialeah officer, our client admitted to recently purchasing a cell phone from an individual. The officer claimed that our client gave written and oral consent for the officer to enter and retrieve the cell phone from his apartment. Upon entering the apartment, the officer observed various items that he believed were stolen. Following an extensive investigation, the client was arrested with multiple Felony charges. These Felony charges included Dealing in Stolen Property, Use/Possession of Fraudulent ID, and Convicted Felon in Possession of a Firearm/Weapon. Our client was facing 10 years in state prison for the pending charges!

Contradictory to the police officer's claims, our client told us that the officer had essentially threatened him and coerced him into giving consent to search his home. We believe that our clients deserve to be treated with respect, and we knew we should investigate further into the case. It's a time consuming process, and not all attorneys are willing to delve into the details of a case when accepting a plea offer can simplify and shorten the case. However, we prefer to give our clients the best representation and outcome possible.

Given the deviations between the two stories, we interviewed several witnesses to confirm the story the police officer had reported. Both the client's landlord and his girlfriend were present when the Hialeah officer searched the house. We also went to great lengths to obtain the Hialeah officer's internal affairs records. Finally, we took the deposition of all officers involved. The depositions revealed that the various officers gave different versions of the investigation. Our client, his girlfriend, and his landlord gave a consistent account of the incident. Essentially, they testified that the Hialeah officer threatened and coerced our client to consent to the search. We, therefore, filed a Motion to Suppress all of the Evidence.

The Evidence that Saved Our Client 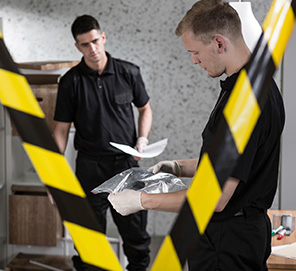 At the hearing, we proved that the Hialeah officer's testimony was not credible with the information we had gathered. Consequently, the judge granted our Motion to Suppress and the Miami-Dade County State Attorney's Office dismissed all of the charges.

The key to winning this case was the investigation by our attorneys. We went out to the scene of the crime and interviewed all of the witnesses. We pulled the personnel file for all the police officers. With all of the work, we were able to build evidence to show that our client had not given consent to the search of the property. The Hialeah officer violated our client's 4th Amendment right against unlawful search and seizure.

At our firm, we work tirelessly to uncover all of the evidence and witnesses. We do not depend upon what the police report and prosecutor discovery. Our experience has taught us that witnesses and evidence helpful to our client's innocence is typically not collected by the police. We see it as our duty to ensure that justice is served by the discovery of all of the evidence.

If you would like to be represented by loyal attorneys who leave no stone unturned, contact DMT Law at (305) 444-0030.

Categories: Felonies
1.17k
Facebook Twitter LinkedIn Google+ Pinterest WhatsApp Email Copy Link Your browser does not support automatic copying, please select and copy the link in the text box, then paste it where you need it.
Don't Miss These Other Must Read Articles