1.2k
Facebook Twitter LinkedIn Google+ Pinterest WhatsApp Email Copy Link Your browser does not support automatic copying, please select and copy the link in the text box, then paste it where you need it. 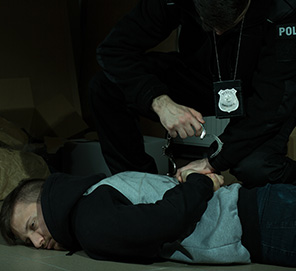 We recently helped a client in Miami-Dade who was dealing with a complex arrest for firearm possession. In the state of Florida, in order to purchase a firearm, at a minimum you are subjected to a background check before being able to take possession of such a weapon. However, the reason for the background check is to make sure that you are not a criminal and are otherwise fit to be in possession of a firearm  good mental health, etc. It's important to understand exactly what is legal and what is not legal in the state of Florida, and how to defend yourself if you are arrested for or being charged with a firearm offense.

At the Time of the Arrest

This case came about as a result of the client being involved in a domestic situation with his daughter and her live-in boyfriend. The daughter thought or felt that the client, her father, presented a danger to her boyfriend. Since the client had firearms in the home, the daughter demanded that the client immediately surrender the firearms to her, or she would call the police. The client refused to relinquish the firearms, so the daughter summoned the Miami-Dade Police Department. Several police cars and multiple police officers arrived at the home and ultimately entered the home and found the client in his bedroom. At gunpoint, the officers demanded that the client surrender the guns. The client succumbed to the orders of the police and directed them to a locked cabinet. Because the client did not have a key to the cabinet, the police forced opened the cabinet and impounded the guns. After running a history check on the client the police discovered that the client had a criminal conviction from 30 years ago. As a result, the police arrested him for Possession of a Firearm by a Convicted Felon. While he was allegedly in violation of that law by owning the weapons, it was to be disputed as to whether or not he actually was in possession of the weapons, and also whether or not his rights were trampled on.

How We Protected Our Client

Once we were retained to represent the client, we interviewed the daughter, the client, and the client's wife regarding the incident. We also obtained surveillance video footage of the entire incident. We presented all of this evidence to the state attorney. We argued three major points:

1. The police did not have a warrant to enter the house;
2. The statements made by the client at gunpoint should not be considered as evidence to support the possession charge, because the statements were made in violation of the client's 5th Amendment right to silence;
3. We also argued that the client was never in actual possession of the firearms, and as such, the charge should be dismissed.

Thanks to these three defenses of our client's rights, the assistant state attorney concluded that there was insufficient evidence to support the crime. As a result he dropped, or dismissed, the case against the client. We were able to argue these points proactively, thanks to the review process that occurred before arraignment called the pre-filing decision.

What Is a Pre-Filing Decision?

In Miami-Dade County, a prosecutor in the Felony Screening Unit is assigned to review each case where an individual is arrested by the police on a felony charge. The task of this prosecutor is to essentially decide one of three options:

This review process occurs between the time of the arrest and the arraignment. This process is commonly referred to as the pre-filing decision.

We believe this process is critically important to properly defending a client. During this process, the attorney for the accused can submit evidence, witnesses, and argue for consideration by the prosecutor in making her/his decision. This part of the defense is extremely important! Obviously, it is far easier to convince the prosecutor not to file the case rather than wait to see if they file the case, and then try to convince them that they made a mistake.

Knowledge of this process can make all the difference in how far a case goes!

Are you facing an arrest or firearm offense charge in Miami-Dade or surrounding counties? Book a free consultation with Donet, McMillan & Trontz. We're not afraid to speak to pursue pre-filing decisions that are beneficial for our clients. Call us at (305) 444-0030 to get your defense started, today!

Categories: Felonies
1.2k
Facebook Twitter LinkedIn Google+ Pinterest WhatsApp Email Copy Link Your browser does not support automatic copying, please select and copy the link in the text box, then paste it where you need it.
Don't Miss These Other Must Read Articles