298
Facebook Twitter LinkedIn Google+ Pinterest WhatsApp Email Copy Link Your browser does not support automatic copying, please select and copy the link in the text box, then paste it where you need it. 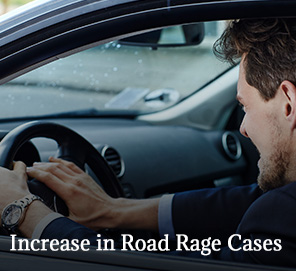 A rising population that cannot possibly keep up with the infrastructural demands put on our streets and highways is causing a noticeable increase in the number of individuals arrested and charged in the South Florida criminal courts with some form of road rage.

Road rage occurs in its most common form of the incessant horn honking heard on every street in Miami. Horn honking is annoying, but not a crime. The escalation of a road rage incident into a violent or threatening situation leads to arrest, charges being filed and the possibility of incarceration, and we as Miami-Dade criminal defense attorneys have perceived an increase in the escalation of road rage cases that leads to people needing legal representation. Over the years, the Miami-Dade criminal defense attorneys at DMT have represented dozens of individuals charged in Miami-Dade and Broward with some form of road rage. However, lately, the uptick in the number of cases is alarming.

There is a litany of potential crimes an individual can be arrested for and charged with depending on the facts and circumstances of the road rage incident. As indicated in NBC Miami's article "Man Facing Attempted Murder Charge in Pembroke Pines Road Rage Shooting" if a death occurs as a result of the incident an individual can be charged with second-degree murder. As Miami-Dade criminal defense attorneys we know that to prove this offense the state would have to prove that someone died during a criminal act that was imminently dangerous to another and the person charged acted with a depraved mind without regard for human life. Obviously, this would be the most severe type of road rage, but other charges such as attempted second-degree murder, burglary with a battery, aggravated assault, aggravated battery, and a slew of misdemeanors can also be charged.

Our team of Miami-Dade criminal defense attorneys has discerned that the most serious situations exist when a gun is used during the incident. Florida's 10-20-life statute may apply which could allow for significant potential prison sentences if convicted at trial. Still, not all road rage incidents involve guns, knives, and other items that can be used as dangerous items which could also lead to felony charges being prosecuted by the state. A common offense of burglary battery can occur when one of the drivers exits his or her vehicle and approaches the other driver's window. Reaching in through the window and striking the other driver meets the elements of this offense which just happens to be a first-degree felony punishable with up to life in prison. 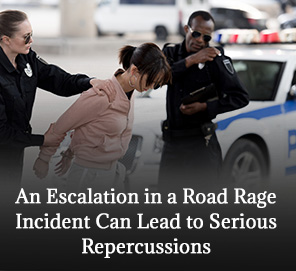 While individuals can be charged, there are usually defenses. Florida's Stand Your Ground law is a valuable defense in road rage cases. The value in that defense will depend on the facts and circumstances in each case. Witness testimony, statements from both the victim and defendant, video surveillance and forensic evidence will play a large role in whether a defendant can be insulated and protected by the Stand Your Ground law. The best advice is to maintain your cool and not get involved in a road rage incident. This is not to say you cannot defend yourself, just don't take the offense if a situation arises. It is readily apparent that an escalation in a road rage incident can lead to some serious repercussions.

If you or a loved one have been involved in a road rage incident escalating to involve criminal charges it's vital that you retain the representation of a criminal defense attorney as soon as possible. All viable defenses tend to be time-sensitive in these types of cases. To retain one of our highly experienced Miami-Dade criminal defense attorneys don't hesitate to call us at (305) 444-0030; we are available 24/7 to provide the defense you need to fight your charges and defend your rights.
Categories:
298
Facebook Twitter LinkedIn Google+ Pinterest WhatsApp Email Copy Link Your browser does not support automatic copying, please select and copy the link in the text box, then paste it where you need it.
Don't Miss These Other Must Read Articles