Don't Consent to a Warrantless Search, Don't Use a Golf Cart as a Getaway Vehicle, and Other Florida Criminal Defense Tips

803
Facebook Twitter LinkedIn Google+ Pinterest WhatsApp Email Copy Link Your browser does not support automatic copying, please select and copy the link in the text box, then paste it where you need it.

They say, you live, you learn. In the legal field, that's not always true. However, whether you've never committed a crime, never been convicted of a crime, are a first-time offender, or recent prison releasee, there's something to be learned from this seemingly slapstick Florida criminal law story that happened this year in our beautiful state. 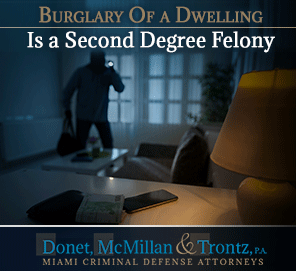 A Series of Unfortunate Decisions

A local Florida resident was found by police in his home with a stolen TV and soggy clothing. How did he end up that way? Well, you could say that there were a few mistakes made along the way. Outside of the obvious mistake of entering a home and taking items that did not belong to him, the story begins with a man who was most likely under the influence of potent illegal drugs (mistake #2). Also, he must have let the police in his house. Did they have a warrant? If he let them in without one, that was a bad idea (mistake #3).

According to the news reports surrounding the case, this defendant allegedly drove a golf cart up to a home, broke into the home, stole a TV set, and took a set of house keys with him. He then drove the golf cart back by the lake (hence the soaked clothes) and left his golf cart (flooded?) in the pond and went straight home.

Clearly, the golf cart did not make the best getaway vehicle. Was it the slow speed? The water damage? While it's easy to make light of some of the facts of this case, in reality here, the man is facing Burglary and Grand Theft charges. Burglary of a dwelling is second degree felony punishable up to 15 years in prison. So, in this Murphy's Law of crime scenarios, what is the best outcome for this man?

Is It Possible to Get a Lesser Plea or Lenient Sentence? 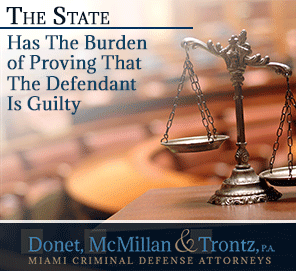 What Other Facts Influence the Outcome of This Case?

Based on the article alone, without reviewing the discovery, it is not clear what evidence the State has to prove the case. We would need to know what the State plans to use to prove both accounts against the defendant. First, was the defendant identified by witnesses or captured on video by surveillance equipment? Second, any decent police agency would call out a crime scene unit in an effort to lift the defendant's prints from the scene. Were any prints found at the home that he'd allegedly burgled?

Also, did anyone see the defendant carry the TV? Was he caught with the house keys on his person? Where did he obtain the golf cart, and was he seen operating the same cart that was found? How soon after the burglary was committed did the police arrive at his residence?

A Note about Burglary Cases

DMT, P.A. has handled many burglaries over the past 17 years. The resolution of the cases is highly dependent on the evidence and the defendant's criminal record, or lack thereof. First-time offenders will often receive PTI (pre-trial diversion), which will result in the eventual dismissal of the case. However, burglary is a Level 7 offense under the State of Florida's Sentencing Guidelines. In short, a Level 7 offense carries a minimum of 21 months in prison. Some jurisdictions in the State of Florida are stricter than others regarding the guidelines. For example, Miami-Dade County is much more flexible than Broward County. In sum, the results depend on the evidence and the jurisdiction in which the crime was committed. The Miami criminal lawyers at DMT have worked miracles with burglary cases, even when the evidence was overwhelming.

What's the Best this Defendant Can Hope For?

Anything short of jail time would be a victory in this case. It is important to look at a client's past criminal record in determining what can be classified as a victory. Keeping a previously convicted felon out of jail is a victory. Achieving a dismissal for an individual without priors would also be considered a victory. In this case, by looking at the booking photo, this is not his first rodeo. In fact, as a person racks up criminal convictions, sentences can be enhanced if the defendants are classified as habitual offenders, violent habitual offenders, prison releasee offenders, etc.

Leave other people's property alone. People work hard to obtain the things they have. If most defendants worked hard, they would not end up in these situations. The courts will consider mitigating factors such as drug addiction and mental health issues, but some people want to lead the life of crime.

Never talk to the cops. Never consent to searches or seizures. I am sure this guy consented to the search of the house, which led to the discovery of the TV. Make the police do their job. Don't help them out.

If you're a first-time offender or a parolee facing charges, it's important to have a strong defense to protect you. Contact Donet, McMillan & Trontz at (305) 444-0030 to find out more.

Miami Herald
Categories: Warrants
803
Facebook Twitter LinkedIn Google+ Pinterest WhatsApp Email Copy Link Your browser does not support automatic copying, please select and copy the link in the text box, then paste it where you need it.
Don't Miss These Other Must Read Articles