Drug Trafficking Charges Dropped! Our Client Gets Probation Instead of 20 Years in Federal Prison

2.42k
Facebook Twitter LinkedIn Google+ Pinterest WhatsApp Email Copy Link Your browser does not support automatic copying, please select and copy the link in the text box, then paste it where you need it. 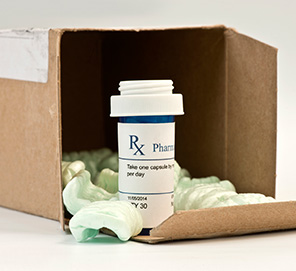 We recently represented a defendant who was facing up to 20 years in Federal Prison for drug offenses in the State of Florida. We'd like to tell you about how having a great criminal defense attorney helped him out of a situation that looked very bleak. This was the quintessential case of a defendant saying way too much to the police, yet we were still able to get some of his charges dropped and keep him out of prison. But first, the details of his arrest:

Our client had been trying to purchase MDMA online. The package was ordered and delivered directly to his house! Federal agents tracked the purchase and asked for a search warrant. A judge quickly issued the warrant for our client's residence. Federal agents went to his home and searched it legally with this warrant. What did they find? Enough MDMA to land him a Possession with Intent to Distribute charge. MDMA, commonly known as Ecstasy, is a controlled substance, and according to Florida 893.13, Possession of MDMA with Intent to Sell is a Felony charge  serious prison time in Federal Prison.

To make matters (so, so very much) worse, our defendant spoke to federal agents without his attorney present. He confessed everything!

If our client had not spoken to the federal agents, he would not have necessarily been in such trouble. The police have to prove two important facts when a situation like this occurs. Firstly, they have to prove that the defendant possessed the package of drugs. Secondly, they must prove that the client knew what was inside the package, and that the package contained illegal drugs. If he'd just kept quiet and called his attorney, they would have had a much larger burden of proof.

As it were, our client faced some very, very strong allegations. First, given the online purchase of MDMA, he was facing one count of attempting to Import MDMA into the United States. His second count was for Possession of MDMA with Intent to Distribute. He was being charged in Fort Pierce, Federal District Court for the Southern District of Florida. Since he had already confessed, our only choice was to use whatever weight we had to attempt to help our client out of that extremely scary, looming 20 years of time in Federal Prison.

We spoke to the Prosecutor. While Federal Sentencing Guidelines demanded for our client to serve that time in Federal Prison, we were able to convince the Prosecutor to drop the more serious charge. The Prosecutor listened, and the Judge sentenced our client instead to probation, which would be a much more lenient experience. 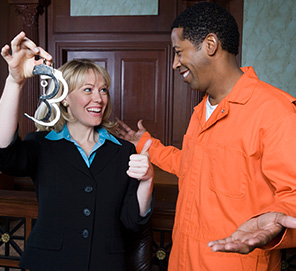 Probation is a type of community supervision dictated by Florida Rule 3.790. As an alternative to incarceration, it allows the defendant to undergo a period of supervision served under strict conditions. Failure to follow the conditions strictly can result in a warrantless arrest or appearance before a Judge. Following probation involves maintaining contact with a probation officer and following the rules of your probation as issued by the court.

There are many different types of probation: Administrative, Reporting, Drug Offender, Sex Offender, and Community Control. There is no flexibility in probation and it's important that the guidelines for an individual's probation are followed strictly. Also, if you commit any crimes while on probation, you could get into even more serious trouble, and it's unlikely you'll be granted probation a second time.

If you think you might have violated your probation or are pending an arrest, you should contact your attorney and have them contact your probation officer. If you find yourself in a situation similar to our client, you should also keep an attorney on speed dial! Whatever you do, don't speak to the police. This man was lucky to get out of a harsh prison sentence  and if he had not confessed, who knows how we could have helped him! Stay prepared  contact us at (305) 444-0030 for help with your recent arrest or probation violation.

Categories: Drug Offenses
2.42k
Facebook Twitter LinkedIn Google+ Pinterest WhatsApp Email Copy Link Your browser does not support automatic copying, please select and copy the link in the text box, then paste it where you need it.
Don't Miss These Other Must Read Articles