Grand Theft of a Backhoe Leads to Wild, 20 MPH Police Chase on the Seven Mile Bridge

877
Facebook Twitter LinkedIn Google+ Pinterest WhatsApp Email Copy Link Your browser does not support automatic copying, please select and copy the link in the text box, then paste it where you need it. 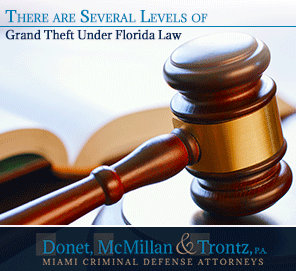 An interesting case occurred out of Monroe County. Apparently, a 60-year-old homeless man felt the need to take a joyride on a backhoe on the Seven Mile Bridge. For those of you are new to the area, the Seven Mile Bridge is the famous bridge in Monroe County that leads to the Florida Keys. It was one of the longest bridges ever built when it was constructed in the late '70s and early '80s. So when this sexagenarian stole the backhoe, he took a long, 90 minute joy ride that tore up the bridge, damaged the backhoe, and led to a (probably incredibly slow) police chase. What can we learn from this wild case of grand theft in the first degree?

What Happens When You Take a Joyride on a Backhoe?

The joyride caused in excess of $40,000 worth damage to the John Deere backhoe and to the bridge. The defendant entered a guilty plea to aggravated fleeing and eluding a police officer, aggravated assault with a deadly weapon, grand theft, and criminal mischief. The 60-year-old defendant was sentenced to 30 months in prison followed by four years of reporting probation. He will be required to pay the restitution during his probationary period.

What about Stealing the Backhoe?

And Fleeing the Police? 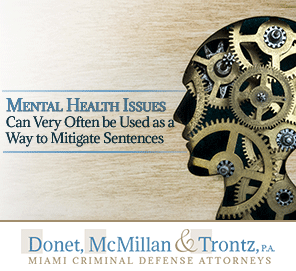 The defendant was also charged with aggravated fleeing and eluding, despite the fact that the speed of the backhoe never exceeds 20 mph. While the statute contains language requiring a high rate of speed, that element of the crime is not required if the vehicle was operated in manner that demonstrated a wanton disregard for the safety of person or property. While this charged is a second degree felony, the charge can be elevated to a first degree felony if a person or persons are injured or killed during the chase. If someone was actually injured or killed in this case, the state attorney's would certainly have sought more prison time than 30 months.

Were There Any Other Charges?

The article does not set forth facts leading to the charge of aggravated assault. In short, an assault requires an intentional, unlawful threat to do violence to the person of another. There is no mention that the defendant used the backhoe in a threatening manner against the police. However, the Miami criminal lawyers at Donet, McMillan & Trontz have represented clients in the past that have used motor vehicles in a threatening manner to others and have been charged with aggravated assault. As that was not enough for the defendant, the state tacked on charged for criminal mischief for the damage to the backhoe and the bridge, and added charges for littering and reckless driving.

What Should a Defendant Do in This Situation?

While the plea does not seem overly excessive, one can only hope that the defendant was evaluated for any mental health issues. Mental health issues can very often be used as a way to mitigate sentences. On many occasions, the attorneys at Donet, McMillan & Trontz have avoided prison sentences for the clients by providing information to the state and the court that shows that the defendant's action occurred more as a result of mental health issues than mere malice. Very often, jail and prison sentences can be avoided if placement can be found for defendant's evaluated for and shown to suffer from certain mental conditions.

If you're facing multiple charges and need consultation, contact Donet, McMillan & Trontz as soon as you are arrested for the best results. Call (305) 444-0030 to get the help of experienced defense attorneys.

www.Flkeysnews.com
Categories: Theft Crimes
877
Facebook Twitter LinkedIn Google+ Pinterest WhatsApp Email Copy Link Your browser does not support automatic copying, please select and copy the link in the text box, then paste it where you need it.
Don't Miss These Other Must Read Articles