Margate Man Accused of Luring and Enticing a Child. What Should He Expect in Florida Court?

1.21k
Facebook Twitter LinkedIn Google+ Pinterest WhatsApp Email Copy Link Your browser does not support automatic copying, please select and copy the link in the text box, then paste it where you need it. 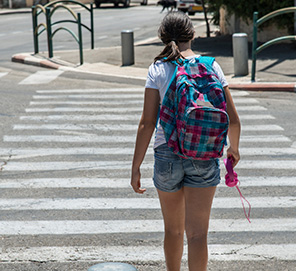 Recently, in Margate, a man was arrested for allegedly Luring and Enticing a Child. According to the report, a girl was walking to school around 7 AM one morning when this man pulled up beside her in his Jeep Grand Cherokee and offered her a ride. The girl mistook him for a relative, and got into the car. After he drove off, he allegedly invited her to his house before dropping her off at school and giving her a hug. He was subsequently arrested for two misdemeanor charges. As Florida criminal defense attorneys, we'd like to help you understand what a case like this one might involve.

However, you should always call your lawyer as soon as possible. Charges and bonds can be negotiated pre-arrest  most people don't plan on being arrested, but you can prevent a long stay in jail by being prepared this way.

The Charges and Their Ramifications

The defendant is also charged with simple battery for the hug, which is misdemeanor in the first degree and in punishable up to a year in jail.

How Could This Man Defend Himself Against the Charges?

There are three affirmative defenses to this offense.

1) The person reasonably believed that his or her action was necessary to prevent the child from being seriously injured.

2) The person lured or enticed, or attempted to lure or entice, the child under 12 into the conveyance for a lawful purpose.

3) The person's actions were reasonable under the circumstances and the defendant did not have any intent to harm the health, safety, or welfare of the child.

It is difficult to determine the defense to a case without personally meeting the client and reviewing the discovery. The media always puts a spin on things.

First, it is important to know if the defendant gave a post-Miranda statement. We would need to review all the police reports and any statements taken from the victim or other witnesses. We would also file a motion with the court to take the depositions of the victim and any essential witnesses. We want to know if the defendant suffers from any mental illness, as that may also be a defense to the case or at least mitigation.

Our Experience with Similar Cases 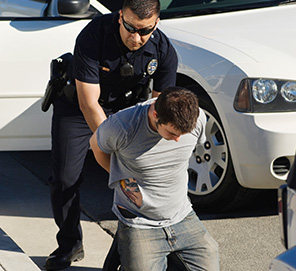 A positive outcome would be a dismissal. That would depend on the discovery. If the Defendant had no prior record, the State could offer a pre-trial diversion program (PTI). If a defendant successfully completes conditions set by the State, the case will be dismissed in 6 to 12 months. However, the Broward County State Attorney's Office is quite unreasonable and will probably offer probation with a short amount of jail time.

Our Miami criminal lawyers have represented clients charged with similar crimes such as kidnapping, false imprisonment, sexual battery among other sex offenses. Of course, the charges are much more severe than the one charged in the attached case.

The best advice we can give you is to leave children alone. Child/victim cases truly annoy law enforcement officers and prosecutors. In the event you are being arrested, you should never talk to the police. Always invoke your Miranda rights. Statements given to police will be the crux of the prosecution. Never consent to anything including searches on cars or homes. Call your lawyer as soon as possible. Remember, charges and bonds can be negotiated pre-arrest.

If you find yourself being charged with a crime don't wait to be booked. Contact us for immediate help and advice to protect yourself from a poor outcome in court.

Source:
http://www.nbcmiami.com/news/local/Man-Lured-Girl-Into-Car-Margate-PD-377918241.html
Categories: Offenses Against Children
1.21k
Facebook Twitter LinkedIn Google+ Pinterest WhatsApp Email Copy Link Your browser does not support automatic copying, please select and copy the link in the text box, then paste it where you need it.
Don't Miss These Other Must Read Articles