Removing an Ankle Monitor, and Why It's a Bad Idea for Defendants in Miami-Dade County

3.17k
Facebook Twitter LinkedIn Google+ Pinterest WhatsApp Email Copy Link Your browser does not support automatic copying, please select and copy the link in the text box, then paste it where you need it. 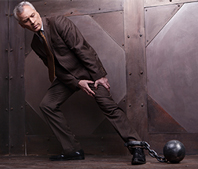 A new state law is making it a felony for a person to remove a court-ordered GPS monitor. According to WFTV, removing or tampering with an ankle monitor was only a misdemeanor. Two state politicians sponsored the bill: Senator David Simmons (R), and Representative Victor Torres (D). The tough law is meant as a preventative measure specifically geared towards domestic violence cases, however, GPS monitors are often used on defendants who have not been charged with domestic violence offenses.

As your local Florida criminal law resource, we'd like to help you understand what this GPS tracking is for, whether or not this law changes much within the State, and why it's a really bad idea to remove a court-ordered GPS monitor, or ankle monitor.

An Alternative to Jail 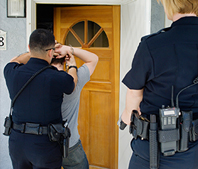 A court-ordered GPS monitor, commonly known as an ankle monitor, is often used to prevent the State from having to keep a Defendant in custody until it's time for the trial. Defendants who cannot afford to post bail set by the bond hearing judge are sometimes given the option of a GPS rather than a stay in jail while waiting for the conclusion of their case. If Miami-Dade County discontinues the GPS monitoring system, as did Orange County, many defendants who cannot afford bonds will remain in custody during the pendency of their case.

If Miami-Dade discontinues the GPS monitoring program, Miami defense lawyers and judges alike will be hamstrung in finding creative solution to allow defendants to be out of custody while a case is pending.

What Happens If You Tamper with Your GPS Monitor

We've spoken about the use of an ankle monitor, but how will the court handle it if you do cut it off? In addition to now being considered a felony, it's important to note that it has always been a crime in Florida as far as we know to remove a GPS monitor without the court's permission. From personal experience, our firm has had clients charged for cutting their bracelets off without permission. The individuals in Miami-Dade County are very quick to respond and catch offenders that remove GPS monitors without permission.

Not only will this have ramifications in the sense that it is a crime, but any potential leniency of the court for the charge for which you were originally given the ankle monitor will be put in jeopardy. Anyone who cuts off his or her bracelet is really going to aggravate the judge and the State, and will most likely be held without a bond until the case is resolved. The judges and the State will feel like the Defendant got a break by being permitted to be out of custody and showed a huge disregard for the court system.

The best advice we can give to our clients is this: never cut off a GPS monitor.

If you or someone you know cannot afford to post bail, it may be possible to get a court-ordered monitor instead of waiting in jail for your court date. Contact Donet, McMillan & Trontz at (305) 444-0030 to get the best representation for you or a loved one today!


Categories: Felonies
3.17k
Facebook Twitter LinkedIn Google+ Pinterest WhatsApp Email Copy Link Your browser does not support automatic copying, please select and copy the link in the text box, then paste it where you need it.
Don't Miss These Other Must Read Articles

What Should I Do if I've Been Charged With Paycheck Fraud?