What Happens When You Impersonate a US Marshal and Conduct Your Own Narcotics Sting?

1.99k
Facebook Twitter LinkedIn Google+ Pinterest WhatsApp Email Copy Link Your browser does not support automatic copying, please select and copy the link in the text box, then paste it where you need it. 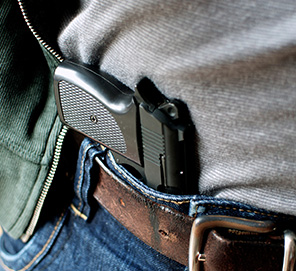 Impersonating a US Marshal sounds like a lot of fun. In the 2010's, Timothy Olyphant has earned a fortune playing a US Marshal on the FX show Justified, and back in the '90s, Tommy Lee Jones enjoyed a two-star role acting as a US Marshal in the similarly titled US Marshals. However, when you're closer to Hollywood, Florida than Hollywood, California, there are usually much more serious consequences for Impersonating Law Enforcement. According to Florida criminal law, the sentence for this crime can be high.

We recently dealt with not just one, but two interesting cases for a client in Miami-Dade County Circuit Court. Our client, who for discretionary purposes will remain anonymous, was a legal professional  an attorney to be exact. This client was subject to two arrests for no less than three felony charges that could have led to an indeterminate amount of time in jail, and even prison time! Read on to learn how he was arrested twice, and discover how we got all his charges, which also included Armed Burglary and firearm offenses, dismissed.

During his first arrest, our client was walking around South Beach. He was wearing his concealed weapons badge on his left hip and an exposed firearm on his right hip. While this might seem perfectly legal, the permit does not allow you to openly expose your weapon at any time  hence the term concealed carry - it's clear that behavior could be distressing and seem threatening to the public.

Citizens in the area observed these items and thought that he was acting peculiar. He appeared to be looking into store and restaurant windows. Several 911 calls were made. The Miami Beach Police Department thought that one of their detectives had gone crazy! Eventually, the police located and arrested our defendant. His charges were Impersonating a Police officer, a third degree felony charge, and violating the Open Carry Statute, a misdemeanor. He was potentially looking at prison time.

What is the Open Carry Statute?

In Florida, Open Carry is defined by 790.053. It states that a person may not openly carry a firearm, chemical spray, or nonlethal stun gun except in the case of self-defense. Since our client was simply walking around Miami Beach with his gun visible to the public, it was considered a violation of the Open Carry Statute.

Fortunately, we were able to convince the State Attorney responsible for filing the case that they could not prove that our client intended to impersonate a police officer. This was a big win for our client. As such, that charge was not filed. The State did file the misdemeanor count of openly carrying a firearm, and his case was bound down to county court. In this situation, the felony charge was dismissed and the punishment for our client was far less severe.

Felony Charges: Armed Burglary and Impersonating a US Marshal

On a separate occasion, our client walked into an apartment in the same building in which he resided. He announced himself as a US Marshal, and stated that he was conducting a narcotics sting. At the time, our client was not taking his medication and using drugs and alcohol, which is always a bad idea. The charges were extremely serious.

He left the apartment and was arrested two days later for Impersonating a US Marshal and Armed Burglary. The Client was held without bond, as Armed Burglary is a first degree felony punishable by life in prison (1st PBL). All 1st PBL's are non-bondable offenses. The only way to get a bond is get the prosecutor to agree or to have an Arthur Hearing where a judge can set bond.

Fortunately, he relied on Donet, McMillan & Trontz to help him out  and we were able to keep him out on bond and keep him out of prison. With the extreme gravity of his charges, he could have spent an indefinite time in jail as he was being held without bail. If the client had chosen instead to use a Public Defender, he would have spent several months incarcerated and had an unknown outcome. He could have had jail or prison time, potentially life in prison. Instead, we were able to get all his felony charges dismissed!

The Misdemeanor was dismissed by the State on the first arrest. The defendant entered a no contest plea to Trespass with a Firearm (a third degree felony). He was sentenced to withhold of adjudication, which is not a conviction, so he could maintain his civil rights including owning a firearm and the right to vote. He was given 24 months of reporting probation. If he completes mental health, alcohol, and drug treatment during that timeframe, the State will dismiss the reaming charge against him. He has a chance to come out of this very serious situation and continue his life!

How Are These Results Possible? 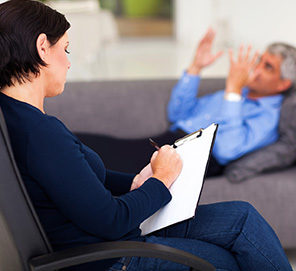 Our relationship with the State Attorney's Office definitely benefitted this client as we are all former prosecutors and maintain strong ties with the Miami-Dade County State Attorney's office. We were lucky because the Client had no prior criminal history, which is always a benefit. With two felony arrests, all charges were dismissed. You can't get a better result than that. We owe some of our success to our great ties with in the legal community. Our relationship with the judge and the prosecutors definitely helped this client. We have been in the criminal justice building 15 years.

If you find yourself in a serious situation, remember: never waive Miranda and speak to police. Never consent to any type of search. These are fundamental rights under the Constitution. Always a hire an experienced, skilled and hardworking attorney to protect your rights. Have you recently been arrested or charged with a felony or misdemeanor? Contact us at (305) 444-0030 to get your life back on track today!
Categories: Felonies
1.99k
Facebook Twitter LinkedIn Google+ Pinterest WhatsApp Email Copy Link Your browser does not support automatic copying, please select and copy the link in the text box, then paste it where you need it.
Don't Miss These Other Must Read Articles