340
Facebook Twitter LinkedIn Google+ Pinterest WhatsApp Email Copy Link Your browser does not support automatic copying, please select and copy the link in the text box, then paste it where you need it.

Over the past several years, the federal government has charged fewer and fewer people with the once-popular crime of Medicare Fraud. COVID-19 came along and changed many aspects of our society, along with different trends in our criminal justice system. PPP (Paycheck Protection Program) fraud charges have become commonplace in every federal district across the United States. Due to the advent of telemedicine, there has also been an uptick in Medicare fraud, as shown by the number of cases that criminal defense lawyers have had to deal with in the last several months.

As described in an article by InsuranceNewsNet titled, "Florida Man Pleads Guilty In $73M Scam To Defraud Medicare," a man in the Southern District of Florida entered a guilty plea for his role in a $73 million Medicare conspiracy case. More specifically, he was charged with paying a kickback to doctors who prescribed genetic testing to individuals who did not require the treatment. The case was prosecuted in downtown Miami. The fraud was committed as a result of the lifting of Medicare telemedicine restrictions as a result of the COVID-19 pandemic. 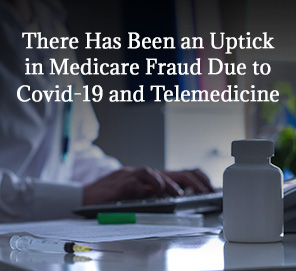 As a result of the rampant Medicare fraud that occurred in the US almost a decade ago, a series of checks and balances through the use of new software and computer programs has had a large impact on the reduction of Medicare fraud cases occurring and being charged in federal court. When these safeguards were implemented, the use of telemedicine was not contemplated by the federal government. In normal situations, or rather, pre-pandemic times, telemedicine providers could not bill Medicare. However, these restrictions were lifted, allowing the fraud to occur.

Several individuals were charged as co-conspirators in the fraud, and those who have chosen to plead guilty have entered guilty pleas for violating the kickback statutes where monies are paid in the names of the elderly, whereby their Medicare numbers can be billed for unnecessary treatments or treatments that never occurred. The maximum penalty for violating the kickback statute is 15 years in prison. It is unusual for anyone entering a guilty plea in federal court to receive the statutory maximum. The judge will sentence a defendant based on the US Sentencing Guidelines with the ability to depart downwards or upwards in considering many factors that go into sentencing. In fraud and kickback cases, the loss to the federal government will assist in determining the guidelines with which the judge will work within fashioning a sentence. 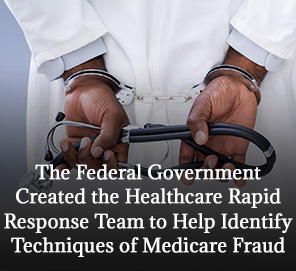 Illegal activity involving healthcare fraud has skyrocketed during the pandemic. So much so that the federal government created the Healthcare Rapid Response Team (FBI) to work in conjunction with the COVID-19 Healthcare Fraud Unit. These units were created to prevent fraud and identify techniques used by fraudulent actors and prosecute them in federal court. The Miami Criminal Defense Attorneys at DMT have defended dozens of clients throughout the State of Florida who have been investigated for or charged with healthcare fraud.

If you or someone you know is dealing with Medicare fraud charges, the assistance of the best Miami criminal defense attorneys is key to navigate the ever-changing regulations surrounding Medicare fraud offenses in the wake of the recent healthcare crisis. You can contact our legal team by calling (305) 444-0030, and our attorneys will provide the top-notch legal representation to secure the best outcome for your case.
Categories: Medicare Fraud
340
Facebook Twitter LinkedIn Google+ Pinterest WhatsApp Email Copy Link Your browser does not support automatic copying, please select and copy the link in the text box, then paste it where you need it.
Don't Miss These Other Must Read Articles